From June 2020, EUROSIM 2023 will organise VESS – the Virtual EUROSIM Simulation Seminar, a series of online presentations discussing trends in modelling, simulation and forecasting. These international online seminars are open to everybody. Each virtual seminar will be organized online and will last 60 minutes (45 minutes of presentation, 15 minutes Q & A).

Have you missed one of our VESS: Virtual EUROSIM Simulation seminars?

You can access the VESS recording via the link we send after each VESS: Virtual EUROSIM Simulation Seminar. If you have registered for VESS, the link to the video had been sent to you via the email provided during the registration process.

Questions? Did not get the VESS: Virtual EUROSIM Simulation Seminar link? 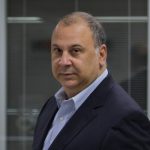 Simulation of Humanitarian Logistics for Covid 19 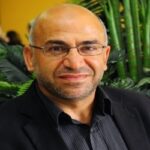 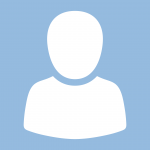 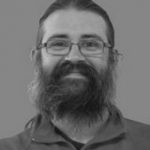 Jaume Figueras, born in 1974, a faculty member at the UPC since 1998 teaching simulation, computer science and robotics subjects. His research is in Automatic Control and Computer Simulation an Optimization. He has designed and developed CORAL, an optimal control system for sewer networks, applied at Barcelona (Spain); PLIO, an optimal control system and planner for drinking water production and distribution, applied at Santiago de Chile (Chile) and Murcia (Spain); also participated in the Fire Fighting by Optimization of Ground Logistics project with UAB and CVC partnership. Nowadays He participates in different industrial projects related with simulation and optimization, like the power consumption optimization of tramway lines in Barcelona with Tram and Siemens or Railway, ship and passenger logistic operations simulation with the Barcelona Port Authority. 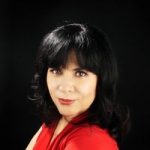 Tenured professor at the National University of Mexico, Mexico

She is a professor at the National University of Mexico. She received a Bachelor in Mathematics, Master and PhD in Operations Research. Her research area is optimization and simulation for production systems and services. Since 1998 she has been working in research projects, some of them related to industrial problems. She has been chair of a simulation and optimization track at the European Simulation Multiconference since 2009.
Professor Flores has contributed to many modelling and simulation books.
She has also managed numerous simulation optimization projects. 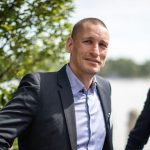 Senior researcher and principal investigator at the Institute of Logistics and Aviation, TU Dresden, Germany

Dr Schultz is a senior researcher and principal investigator at TU Dresden, Institute of Logistics and Aviation. His research topics address today’s and future operations in the air transportation domain. He is focused on data-driven (machine learning) and model-based approaches to improve air traffic management. In particular, his topics are dynamic, flow centric management of airspaces (enroute, terminal area, and urban environment), inter-airport coordination, performance-based airport operations (air- and landside), and advanced concepts for the future traffic management (from drafting upcoming operations up to the implementation of initial demonstrators). His publications can be found here. 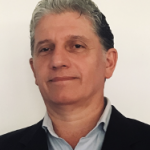 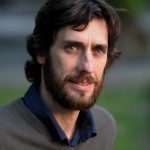 Researcher at the National University of La Plata, Argentina

Use of Simulations for Airport Characterization, Planning and Design

Aeronautical Engineer (UNLP-Argentina) and Master in Airport Systems (UPM-Spain). Professor of four subjects in the Aeronautical / Aerospace Engineering career at UNLP, Argentina. In addition, he has taught postgraduate courses, classes, conferences or talks at more than 40 institutions and universities in 19 countries. Director of the “Grupo Transporte Aérro (GTA)” (Air Transport Group)” and director of the “Research, Development, Extension and Transfer Unit” UIDET “GTA-GIAI” of the Department of Aeronautics – UNLP, with professional work experience in more than 100 airports around the world and various studies on aircraft and airspace. All of them made for different companies and organizations. Co-author of several publications in the areas of: airports, air transport and aeronautical engines. Member of the scientific committee and Academic Member of differents conferences. Member of the RIDITA Board of Directors;  ICAO Technical Cooperation Programme (TCP) expert, and co-Founder and co research director “International Group on Aviation and Multimodal Transport Research (IGAMT)”. 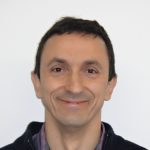 Miquel Angel Piera graduated with excellence from Universitat Autònoma de Barcelona (UAB) in Computer Engineering (1988), Msc from University of Manchester Institute of Science and Technology in Control Engineering (1991), and PhD from UAB in 1993. He is a full time professor at UAB and co-founder and member of the scientific advisory board a spin-off company  Aslogic (www.aslogic.es). Dr Piera is director of LogiSim (research group on Modelling and Simulation of Complex Systems). He is member of the Editorial Board of 3 international journals, former Editor in Chief of IJBRM. Dr. Piera has received several awards and recognitions, among which it is mentioned the “Outstanding Professional Contribution Award” from the internal Society for Computer Simulation (SCS) in USA in 2013 and Institution of Mechanical Engineers Award (UK), Aerospace Division : William Sweet Smith Prize 2015. He has coordinated as Scientific Coordinator more than 10 Spanish national research projects and more than 30 Industrial funded projects, he has also participated in a number of EC funded research. He is author of more than 100 scientific papers, 9 scientific books and has been invited as Key note speaker in more than 10 international conferences. 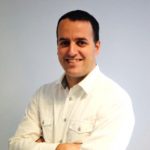 Roman is part of the Accenture Supply Chain & Operations Applied Intelligence group based on the Barcelona Innovation Center. His main areas of expertise are Operations Research (modelling, optimization and simulation), as well as data analysis and machine learning. Roman has more than 15 years of experience in using discrete event simulation for decision making. And he has been working on the use of simulation and optimization techniques to solve any type of problem. 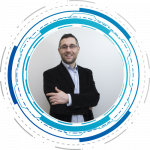 New Enabling Methodologies and Technologies in and for Education & Training 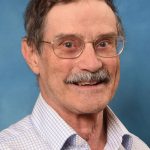 Experiences Adapting a Simulation Course to a Business Analytics Curriculum

Edward J. Williams holds bachelor’s and master’s degrees in mathematics (Michigan State University, 1967; University of Wisconsin, 1968).  From 1969 to 1971, he did statistical programming and analysis of biomedical data at Walter Reed Army Hospital, Washington, D.C.  He joined Ford Motor Company in 1972, where he worked until retirement in December 2001 as a computer software analyst supporting statistical and simulation software.  After retirement from Ford, he joined PMC, Dearborn, Michigan, as a senior simulation analyst.  Also, since 1980, he has taught classes at the University of Michigan, including both undergraduate and graduate simulation classes using GPSS/HÔ, SLAM IIÔ, SIMANÔ, ProModelÒ, SIMUL8Ò, or Arena®.  He is a member of the Institute of Industrial and Systems Engineers [IISE], the Society for Computer Simulation International [SCS], and the Michigan Simulation Users Group [MSUG].  He serves on the editorial board of the International Journal of Industrial Engineering – Applications and Practice.  During the last several years, he has given invited plenary addresses on simulation and statistics at conferences in Monterrey, México; İstanbul, Turkey; Genova, Italy; Rīga, Latvia; and Jyväskylä, Finland.  He served as a co-editor of Proceedings of the International Workshop on Harbour, Maritime and Multimodal Logistics Modelling & Simulation 2003, a conference held in Rīga, Latvia.  Likewise, he served the Summer Computer Simulation Conferences of 2004, 2005, and 2006 as Proceedings co-editor.  He was the Simulation Applications track coordinator for the 2011 Winter Simulation Conference.  A paper he co-authored with three of his simulation students won “best paper in track” award at the Fifth International Conference on Industrial Engineering and Operations Management, held in Dubai, United Arab Emirates, in March 2015.  His email addresses are ewilliams@pmcorp.com and williame@umich.edu 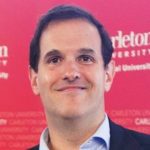 GABRIEL A. WAINER, FSCS, SMIEEE, received the M.Sc. (1993) at the University of Buenos Aires, Argentina, and the Ph.D. (1998, with highest honors) at UBA/Université d’Aix-Marseille III, France. In July 2000 he joined the Department of Systems and Computer Engineering at Carleton University (Ottawa, ON, Canada), where he is now Full Professor and Associate Chair for Graduate Studies. He has held visiting positions at the University of Arizona; LSIS (CNRS), Université Paul Cézanne, University of Nice, INRIA Sophia-Antipolis, Université de Bordeaux (France); UCM, UPC (Spain), University of Buenos Aires, National University of Rosario (Argentina) and others. He is the author of three books and over 400 research articles; he edited four other books, and helped organizing numerous conferences, including being one of the founders of the Symposium on Theory of Modeling and Simulation, SIMUTools and SimAUD. Prof. Wainer was Vice-President Conferences and Vice-President Publications, and is a member of the Board of Directors of the SCS. Prof. Wainer is the Special Issues Editor of SIMULATION, member of the Editorial Board of IEEE Computing in Science and Engineering, Wireless Networks (Elsevier), Journal of Defense Modeling and Simulation (SCS). He is the head of the Advanced Real-Time Simulation lab, located at Carleton University’s Centre for advanced Simulation and Visualization (V-Sim). He has been the recipient of various awards, including the IBM Eclipse Innovation Award, SCS Leadership Award, and various Best Paper awards. He has been awarded Carleton University’s Research Achievement Award (2005, 2014), the First Bernard P. Zeigler DEVS Modeling and Simulation Award, the SCS Outstanding Professional Award (2011), Carleton University’s Mentorship Award (2013), the SCS Distinguished Professional Award (2013), and the SCS Distinguished Service Award (2015). He is a Fellow of SCS.